Before I Break Blog Tour 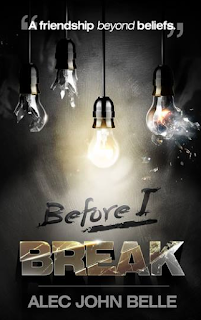 Synopsis:
"When religiously raised Cyril Hayes begins his junior year at East Hill High School, every choice he makes suffers a greater consequence.  While facing challenges of friends, family, and love, he learns that hate and intolerance are also a very large part of our world today.

Cyril Hayes is seemingly just like any other male his age. He has the perfect girlfriend, Melissa Summers, his best friend, Jake Rivers, and a lawyer father who brings home enough money to support his family and then some. When Cyril begins his junior year, he doesn't expect his life to spiral out of control when he meets Avery Branson, the new kid in school who has a big secret: he's gay. At first, Cyril doesn't handle this truth well, due to the way he was raised, but as the story progresses, he ventures deep into the reality of homosexuality and begins to accept Avery for who he is.

Not everyone is happy with Cyril's new friend, including Jake, who believes that homosexuality is a sin and is refusing to budge his beliefs. But Avery isn't the only one at East Hill with secrets. Soon a tragedy will strike, knocking Cyril's world completely off balance and leaving a scar on his heart that will change his view of humanity all together." 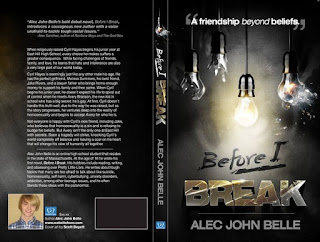 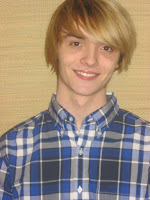 Alec John Belle is an online high school student that resides in the state of Massachusetts. At the age of 16 he wrote his first novel, Before I Break. His hobbies include reading, writing, and obsessing over Pretty Little Liars. He writes about tough topics that many are too afraid to talk about like suicide, homosexuality, self harm, cyberbullying, anxiety disorders, addiction, among other teenage issues, and he often blends these ideas with the paranormal

— Alex Sanchez, author of Rainbow Boys and The God Box
Posted by Reading For Fun at 7:00 AM